Although we were unable to hold our annual summer homestay program for the second year in a row, we held the online International Exchange Program again this year on June 24th, The reason why we did this online is that we don't want this valuable partnership to end.

The participants of online exchange were a second grade class from Fukuoka Maizuru High School and students from the Japanese language class at Brower College in Victoria, Australia.
This year, the students were divided into four groups and interacted in English and Japanese using Microsoft Teams breakout rooms. 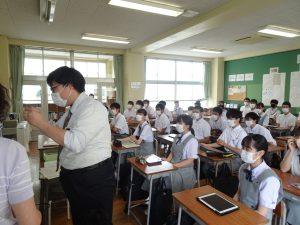 The event began with greetings from FJAS and the teachers.... 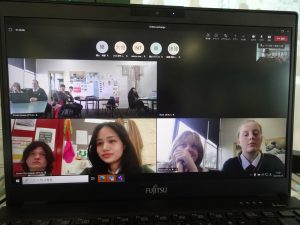 This was the first time for us to try this breakout rooms, and it took a bit of time, but finally, we managed to separate the rooms successfully.

In the room, students presented what they had studied in English and Japanese after 15 minutes in each room. 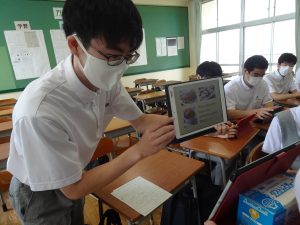 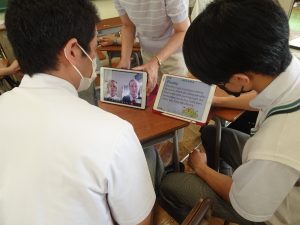 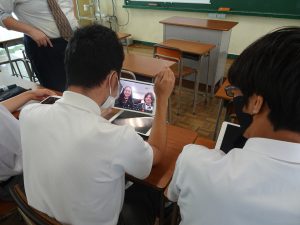 The Maizuru High School students used their tablets to make presentations on their own specialties, favorite anime and artists, and other topics.
There were many questions in Japanese from The students of Brower College, such as "What is your favorite subject?"or”What kind of music do you like?"
They found commonalities between each other and had a lot of fun! 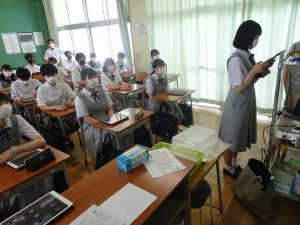 At the end, each group presented what they took away from this exprience.

We believe it was a valuable time for both the students in Australia and of course Japan.

This year's event was a little longer than last year's, and the breakout rooms  were very successful, as they made everyone communicate with each other.
We would like to thank everyone involved at both schools for their cooperation.

We really hope to actually visit each other  face to face next year!